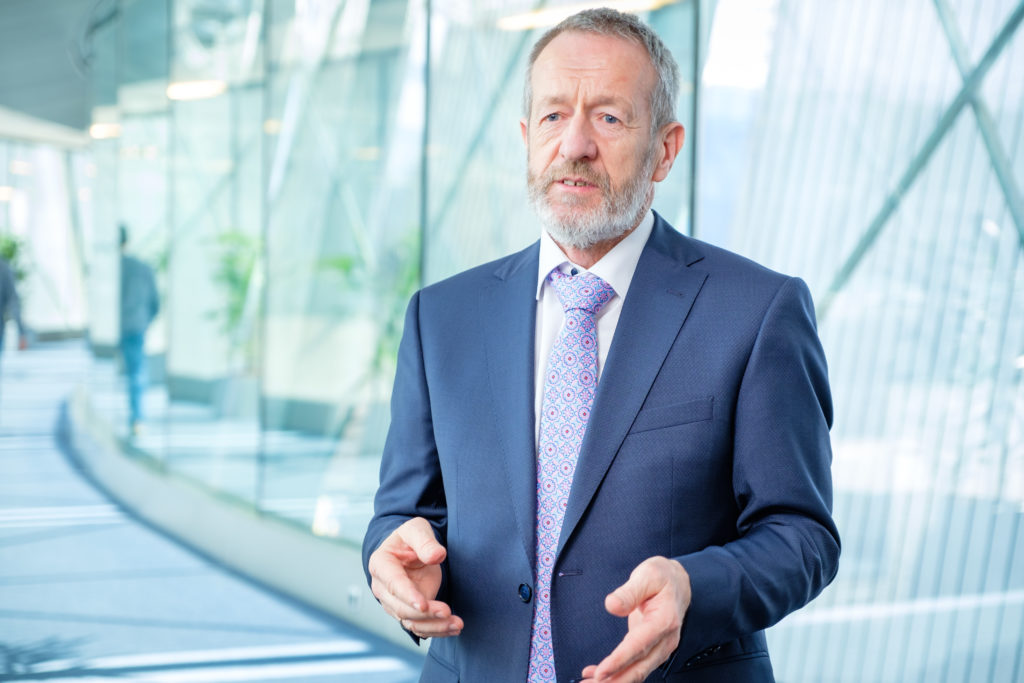 Seán Kelly MEP has warned that the Coronavirus poses the biggest financial threat to Europe and globally, since the 2008 crash. The Ireland South MEP made the comments in Brussels today as the European Parliament debated emergency measures to prevent and contain the spread of the virus at a specially curtailed plenary sitting (Tuesday).

“The European Investment Bank (EIB) can open the coffers to help and maybe we need to look at state aid rules if emergency measures are necessary, in order to support trade and businesses. This is the biggest financial crisis since the crash in 2008 and it will take special measures to counteract that and make sure that we support businesses so that they can get through it and continue being valuable employers and service providers in their communities,” said Mr Kelly, Leader of Fine Gael in the European Parliament.

In a speech to the Parliament this morning in the presence of the EU Commissioner for Health Stella Kyriakides, MEP Kelly said the EU could be criticised for being too slow to react to the virus, and called for a greater, more coordinated response from the EU to bring countries together, to act together.

“All countries in Europe have now been affected, it brings to mind the need for a more coordinated response”, he said, as a Member of the Parliament’s Trade Committee.

Mr Kelly also expressed empathy with those affected, directly or indirectly by coronavirus. “We stand in solidarity with our Italian friends”, he added.

It follows a call from Mr Kelly last week urging the EU to prioritise public health concerns first and foremost, but also to be mindful of the economic impact coronavirus may have on small to medium sized businesses and farmers:

“It is also inevitable that in certain local economies that are particularly affected, SMEs will inevitably lose business as people stay at home and are not spending, not dining out, as much as they normally would in addition to a decline in tourism. We hope that we can contain the spread of the virus as much as possible of course with sensible precautions, but it is always best to be prepared in any case.”

A meeting of EU Finance Ministers from Eurozone countries is scheduled for 16 March.