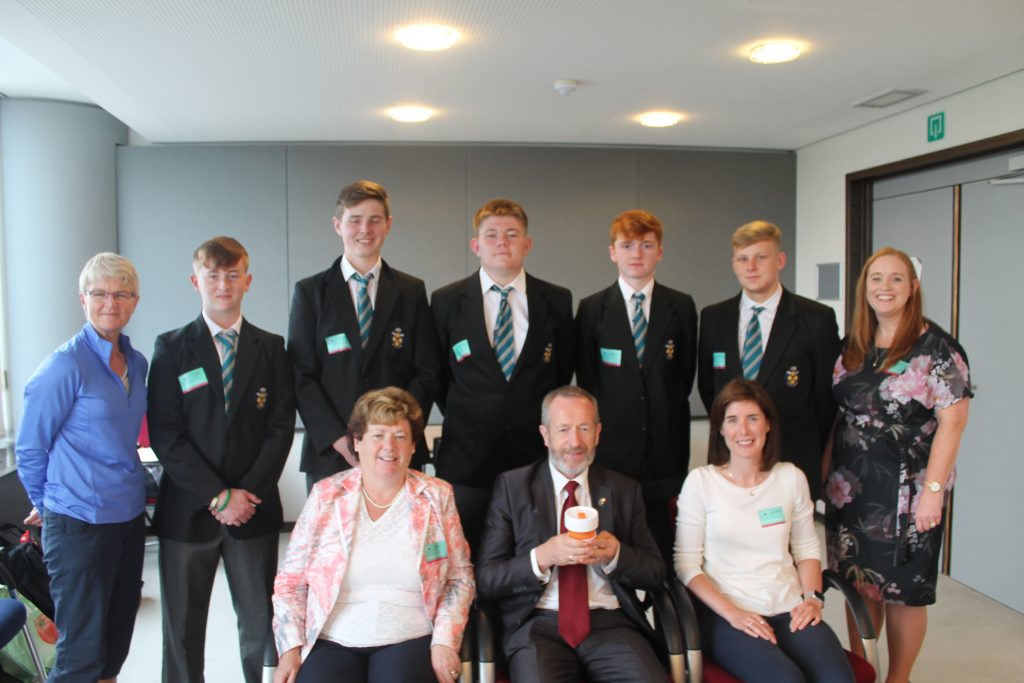 A group of secondary school students from Counties Cork and Limerick, who attend Charleville CBS, Co. Cork presented their plan to reduce Europe’s “carbon cup print” to Members of the European Parliament and policymakers in Brussels this week, hosted by Seán Kelly MEP, Ireland South MEP and Ambassador to the school.

“My congratulations to the students Conor Buckley, Eamonn O’Sullivan and Conor O’Brien from Co Cork, and Luke Moore and Aidan Donegan from Co. Limerick who pitched their ideas to MEPs and policymakers they met in the European Parliament this week. They outlined their plan to reduce our carbon cup print or the reusable cup waste, and therefore reduce deforestation, landfill, water waste and CO2 emissions,” Mr Kelly said.

“At the meeting, the students made their case very well and clearly told us, with regard to Climate Change objectives, at the rate we are going, carbon emissions will only be reduced by 6 percent in Ireland by 2020,” said MEP Kelly, lead negotiator for the largest Parliamentary group in the European Parliament on the Renewable Energy Directive.