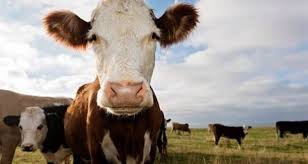 Seán Kelly MEP is calling on individual Irish agri-food businesses to voice their support for a strong, supportive Common Agricultural Policy post-2020 to enable the viable production of quality food, ahead of a public consultation on CAP being launched next week.

“Agri-food is Ireland’s most important indigenous sector employing 53,000 people directly with some 180,000 linked jobs in farming and support industries. Irish agri-food exports exceeded €10 billion in 2015 with government plans to increase that figure to €19 billion by 2025. Our agri-food businesses are totally dependent on the quality food produced by Irish farmers, yet we hear very little from them on CAP. Those businesses should come out in a very powerful way, in support of maintaining the CAP, which is coming under budgetary pressure especially with the planned departure of the UK – a net contributor to the EU,” said Seán Kelly, Leader of the Fine Gael delegation in the European Parliament.

The online public consultation process on CAP post-2020 launches on February 2nd, and will run for 12 weeks. Stakeholders are invited to submit their opinions on how to modernise and simplify CAP.

“We expect legislative proposals on the future of CAP to be published next year, but now is the time that those businesses to strongly state the need to ensure we have a viable, quality food chain in Europe.

“Those food companies that depend on their export market in the UK are obviously concerned about Brexit as over 40% of Irish agri-food exports to the UK. In that context, the CAP post-2020 proposals will be crucial for Irish farmers and linked businesses. A reliable, practical and supportive CAP that takes the realities of trading and environmental concerns into account will be necessary.

“As MEPs, we will continue to represent the views of citizens in negotiations. However, it is fair to say that while farmers are well represented in voicing concerns, many of our agri-food businesses are not quite as engaged, certainly on an individual basis, and we want to hear from them,” added Kelly.

Mr Kelly has also confirmed that he will host the annual St Patrick’s Day agri-food and drink showcase in Brussels in March, in conjunction with IBEC. The annual event aims to highlight the quality of the Irish food and drink sector at EU level.