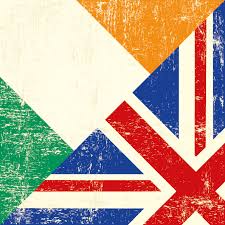 Fine Gael MEPs Seán Kelly (South), Mairead McGuinness (Midlands North West), Brian Hayes (Dublin) and Deirdre Clune (South) have welcomed the important and extensive recognition of the unique position and special circumstances of the island of Ireland in the European Parliament’s official position on Brexit, adopted by an overwhelming majority of MEPs in Strasbourg today (Wednesday).

The four Fine Gael MEPs played a decisive role in shaping the contribution of the largest political grouping in the parliament, the EPP Group, to the cross-party Resolution, ensuring that Irish concerns are to the fore, according to Mr Kelly: “In outlining its Brexit priorities, the Parliament recognises that “the unique position of and the special circumstances confronting the island of Ireland must be addressed”. It further stresses that negotiations “must fully reflect the positions and interests of the citizens of the EU-27, including those of Ireland, since it is the Member State that will be particularly affected” by the UK’s exit.

“The Resolution urges that all means and measures consistent with European Union law and the 1998 Good Friday Agreement be used to mitigate the effects of the United Kingdom’s withdrawal on the border between Ireland and Northern Ireland; insists in that context on the absolute need to ensure continuity and stability of the Northern Ireland peace process and to do everything possible to avoid a hardening of the border,” Mr Kelly underlined.

The Parliament, which will have to give its consent by simple majority to any Withdrawal Agreement, states that it is crucial to safeguard peace and therefore to preserve the Good Friday Agreement in all its parts, recalling that it was brokered with the active participation of the Union, as the European Parliament emphasised in its resolution of 13 November 2014 on the Northern Ireland peace process.

“The Fine Gael Delegation in the European Parliament and the Irish government will continue to represent the best interests of the island of Ireland as we enter into negotiations. We are also committed to a strong EU27,” MEP Kelly added.

The European Council will review the Parliament’s position before adopting the EU’s negotiating mandate at a meeting of EU leaders on April 29th.