Brexit: Border issue is a clear priority for Ireland and EU27 – MEP Kelly 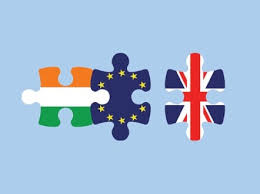 Ensuring no hard border returns between the Republic of Ireland and Northern Ireland is a clear priority for Ireland and for the remaining EU27, Sean Kelly MEP and Leader of the Fine Gael delegation in the European Parliament said following the UK’s decision to trigger the Article 50 Brexit procedure yesterday (Wednesday).

“While I regret that our U.K. neighbours have formally launched the procedure to begin negotiations to exit the Union, we have waited a long nine months for this day and both the Irish government, the European Parliament and the EU27 are prepared and ready to negotiate as a Union of 27,” Mr Kelly said, speaking from meetings of the European People’s Party in Malta.

“I can assure Irish citizens that our foremost concerns are fully understood and respected at EU level. In fact, Ireland is the only country to receive such a particular reference in a special European Parliament resolution on Brexit to come before MEPs next week. This will lay out the Parliament’s general position.

“Ensuring that no hard border returns to Northern Ireland is a red line issue for us. Now that we can begin negotiations we will ensure that position remains clear as Ireland works with the remaining Member States in the best interests of citizens,” Mr Kelly said.