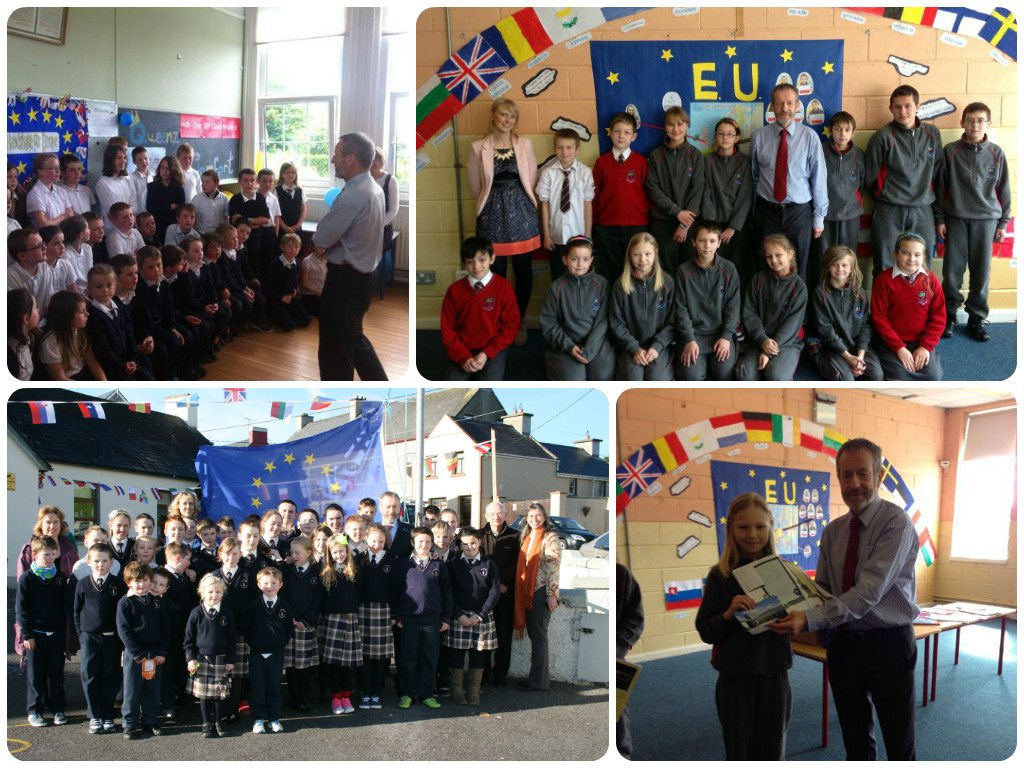 “I have visited dozens of schools across the 10 counties of Ireland South and have seen the enthusiasm, passion and creativity of teachers and pupils, and how much joy and fun the Blue Star Programme brings to the classroom.

“The Citizen’s Prize medal is a collective reward for their contribution in creating awareness and interest in Europe amongst our youngest citizens,” added Mr Kelly, the Leader of the Fine Gael delegation in the European Parliament.

In nominating the teachers, Mr Kelly said: “Teachers of the Blue Star Programme should be recognised and lauded for creating enthusiasm and awareness amongst primary schoolchildren about Europe. Ireland is Europe and our schoolchildren are using their creativity to learn about Ireland as a European country and about their fellow citizens in other European countries.”

Blue Star Teachers foster better knowledge and understanding of the European Union and how it affects our lives amongst Irish primary pupils through classroom projects and activities.

Representatives of the Blue Star Programme teachers will be awarded the 2015 European Citizen’s Prize at a public ceremony in Ireland and in Brussels on 25th – 26th February 2015.

Last year, Mr Kelly successfully nominated the GAA who went on to win the EU accolade for the Association’s cross-border peace-building role and inclusivity through sport.