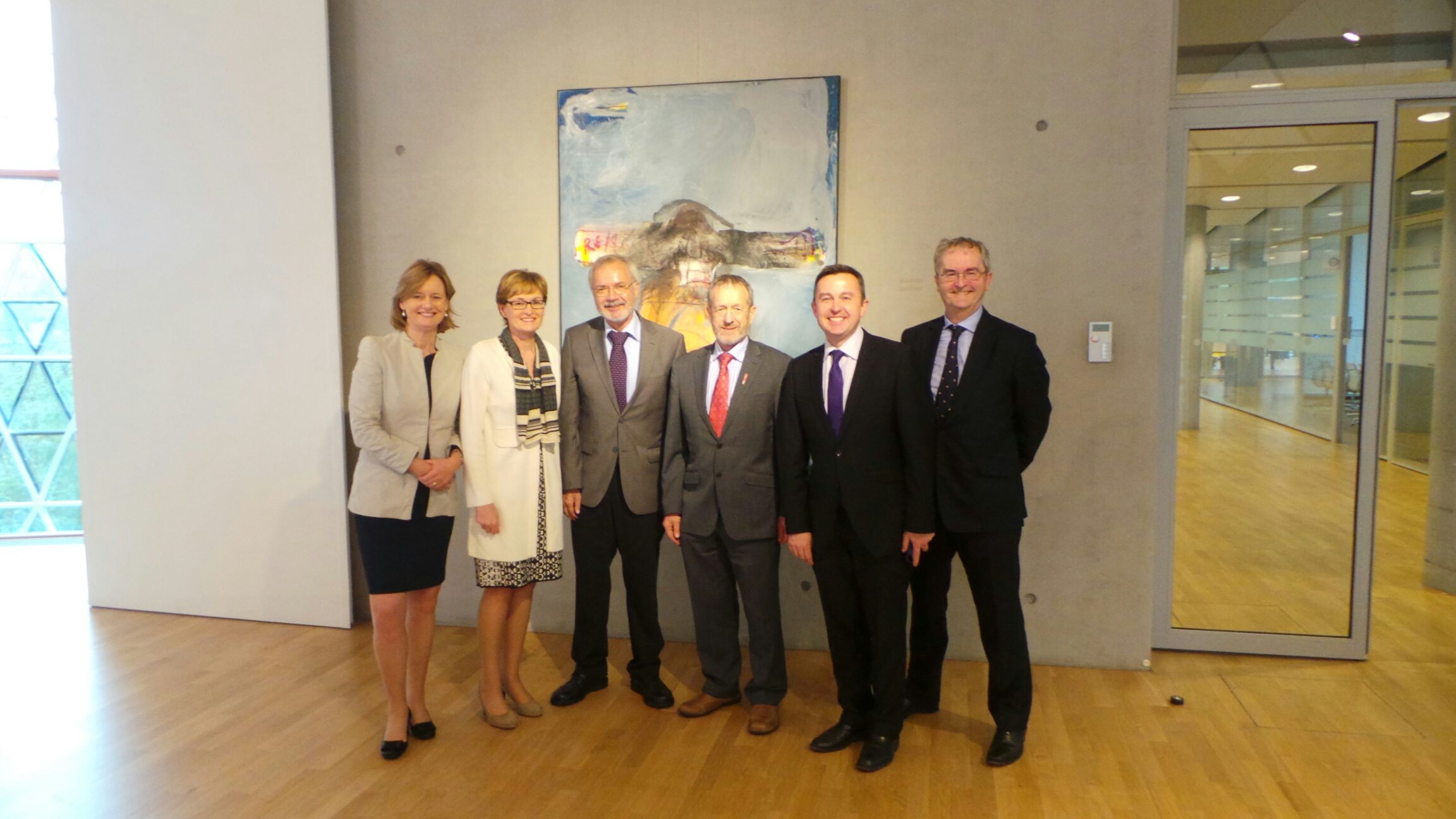 “€850 million in new European Investment Bank (EIB) lending will be made available to Ireland this year. In 2010, it was €210 million. Every year this government has drawn down more lending from the EIB and we want this to continue. The key is to identify and prioritise a pipeline of new and sustainable projects across the country,” said Sean Kelly, Leader of the Fine Gael delegation in the European Parliament, following a meeting of the four Fine Gael MEPs and EIB President Werner Hoyer and Vice-President Jonathan Taylor in Luxembourg today (Monday).

MEPs Sean Kelly (South), Mairead McGuinness (Midlands North West), Brian Hayes (Dublin) and Deirdre Clune (South) requested this afternoon’s meeting with the EIB to discuss the instrumental role the EU’s bank will continue to play in restoring growth and prosperity to Member States such as Ireland.

“We had a very constructive meeting with President Hoyer and Vice-President Taylor today. The Fine Gael MEPs will now work with the government to identify and prioritise key projects that could be funded by the EU bank that will benefit our towns, villages and citizens through improved infrastructure etc.”

The EIB’s ability to support business growth through lending schemes, advisory services and the funding of public infrastructure and investment opportunities in Ireland topped the agenda of today’s meeting.

“The EIB is a key player in the agenda for growth, investment and job creation and it is imperative that there is frequent dialogue with the European Parliament to ensure the Europe 2020 targets are met with EIB support. Our focus must always be on creating more jobs and growth,” Mr Kelly added.

The MEPs also highlighted how the EIB could strengthen its support for Ireland through the funding of tourism, regeneration projects, social housing and education.