Relations between Iran and the European Union have been predominantly shaped by Iran’s nuclear programme over the past decade. Nevertheless, recent years have been more prolific and the negotiations on the Iranian nuclear programme with Iran resulted in an international agreement between Iran, the UN Security Council’s 5 permanent members and Germany, and the European Union. This agreement, known as the Joint Comprehensive Plan of Action (JCPOA), was reached on 14 July 2015, and prevents Iran from developing nuclear weaponry and limits its entire nuclear programme, in exchange for the lifting of international oil and financial sanctions. From a peace and security standpoint, this was a hugely important achievement, significantly easing tensions in the Middle East. The success of the agreement also highlights just how effective and important international diplomacy is.

Although the unfavourable political climate has prevented any recent inter-parliamentary meetings, the EP delegation continues to meet monthly and to examine all aspects of EU-Iran relations and the internal situation in Iran. 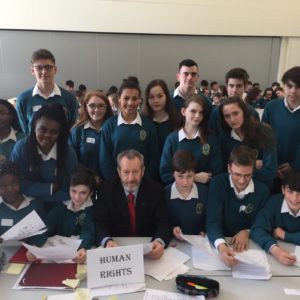